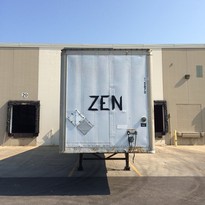 "Nothing and Nobody," Blackbird

"One Year Has Passed Since I Mislabeled My Child's Halloween Costume on Facebook:
Where is the Outrage?" Monkeybicycle

"Seven Women on His Mind:
The 'Take it Easy' Ladies Tell All," McSweeney's

"Collision Physics for the Math-Averse," Booth

"How One Jellyfish Stung 100 People," Punchnel's

"The Mystery of the World," Juked

"Something in the Way," "The Tax Clown," "In the Trunk," Blood Orange Review

"I Hope My Grandchildren Will Know Me By This Book," An Interview with Patricia Henley for The Millions

"Cut the Sentimentality," An Interview with Polly Rosenwaike for The Millions

"Then Again, Maybe I Will: The Reads I Kept Hidden in My Youth," The Millions

"My Less-than-Glossy Life," The Indianapolis Star

"Why I Banned 'The Handmaid's Tale,' and Why We Need it More than Ever," Salon

"Another Earth," The Humanist

"A Kind of Flag-Planting," An Interview with Aimee Bender for Guernica

Interviewed by Amy Lynch for The Indianapolis Star

What I'm Trying to Say podcast, aka WITTScast

The Next Best Book Club

Podcast with The Geeky Press